Underway early as this is a travel day…..don’t plan to stop much…..making tracks for Tucson for fun with family and friends.

We left Texas and headed into New Mexico by mid morning. By my count we spent 18 days getting through Texas…..wow, what a big state. Maybe that’s how it got its name…..because it texas us so long to drive through it!

Passed a unique highway warning sign outside Las Cruces…..”Warning! UAV Flight Test Facility”. Oh great…..now I have to keep my eyes on the road and in the air!

I just received an e-mail from my father who has been tracking our trek through these journals. I found his comments interesting and would like to share them with you:

“Bill, I am sure you don’t remember your first trip through Texas. You were just about one year old. We had just returned to the States from Hawaii and were heading to Birmingham and then to Philadelphia. We were driving our 1941 Buick club coupe in the summer time with no air conditioning. Of course that was before the freeway system and we were on a two lane highway that went through all of the small cities. I thought we would never get through Texas. I believe it took us about three days. I remember stopping in Waco for gas and they still gave full service then and when the old fella was cleaning the back window he noticed our Hawaii license plate so when he came to the window to get paid he asked if we had driven all the way. Considering your age and the traveling conditions you were a very good baby”.

Passed the Continental Divide at 4585 feet. From now on whenever we use the facilities it goes all the way to the Pacific…..or something like that.

Pulled into Deming, NM to look for an old memory. A few days after getting married in June of 1965, and just three days after getting my drivers license, Kit and I headed for our first road trip. We had loaded up all our worldly possessions into our newly acquired 1959 Rambler station wagon, replete with a Desert Bag of water hanging from the front bumper, and headed east for Key West. We traveled non stop from San Diego until we became very tired and couldn’t go any
farther which put us in downtown Deming. We checked into a Travelodge and spent the afternoon napping and swimming in the pool and stayed the night.
The Travelodge Motel is gone but the building is still there, overgrown with weeds and the pool is dry and full of tumbleweeds. A funny story about that trip was the US Atlas we used was small and the page with the state of Florida did show Key West but there was no little line connecting it with the mainland. I figured we would have to take a boat of some kind to make it all the way. Then I picked up a larger map at the Florida welcome station and noticed that there was indeed a road. Spent the first year of our married life in 1965 Key West…..life was good, even back then.

Stayed for the night at a KOA in Lordsburg, NM. Kinda run down but convenient and I scored another military discount.

Underway early with great anticipation…..today we enter Tucson and a planned three week lay over, entered the state of Arizona around noon and
stopped for lunch. 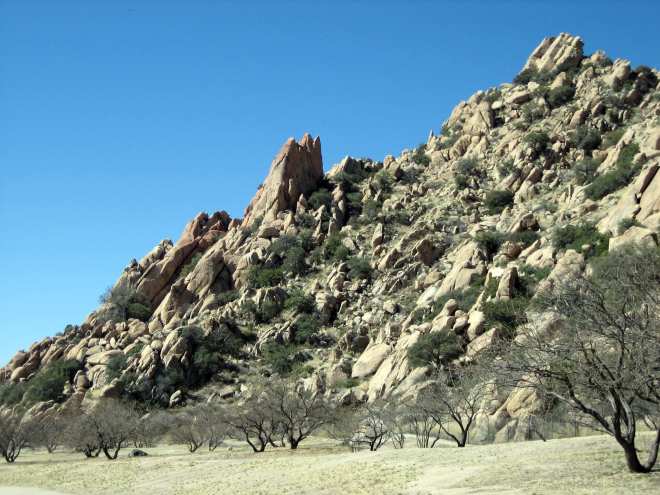 We had an invite to Dooryard Surf with my bruzin, Dewey, and my “almost” sister in law, Bea.

Dooryard Surfin with my bruzin, Dewey, and my “almost” sister in law, Bea

OK, so that last sentence makes more sense, “Dooryard Surfing” is what we have been calling camping on the property of gracious family and friends instead of a commercial campground. We basically pull up, unhitch, level and stabilize the trailer, hookup water and electricity and turn a formally nice neighborhood into a hobo camp. Thanks to the kindness of others we have saved a considerable amount of money and have had a wonderful time visiting. We can Dooryard Surf up to 14 days before we have to find a facility to dump our tanks. Dewey and Bea graciously allowed us to Dooryard Surf on their property during our stay in Tucson. THANKS!!!!

Oh yea…..I bet your wondering what or who a bruzin is? Well Dewey was my cousin until my mother married my uncle (Dewey’s father) and he became my step-brother. Then mom and Dewey’s dad got divorced so he became my cousin again. We decided we liked the term “bruzin” to describe our unique relationship. That being said he is more like an older brother to me than a cousin anyway. Some say we even look a lot alike….especially in the hair department. 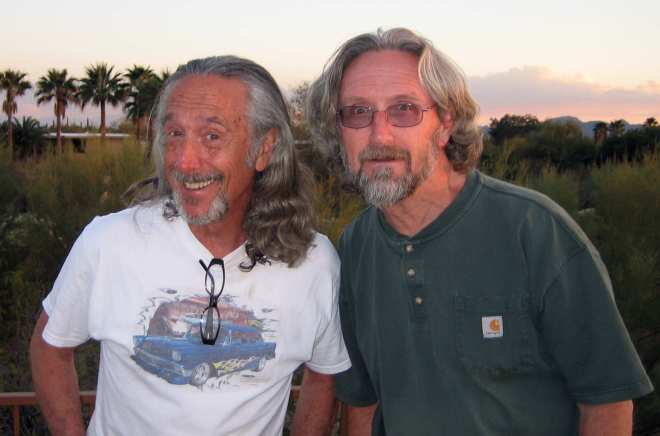 In addition another brother, Dan, from the same mother as I….but, an off spring of Dewey’s father as well lives in the area as well. I think he may be a bruncle…..though not sure about that one. More nice hair on that kid. 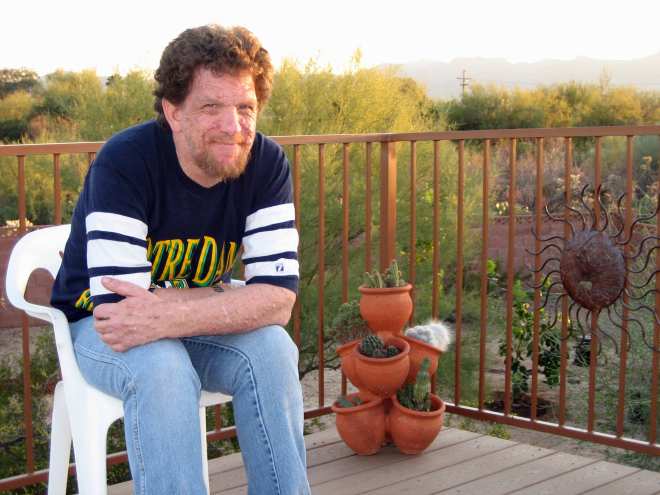 And the matriarch of this menagerie is this lovely lady from Philadelphia, by way of Hawaii and California, photographed in the backyard of her estate. In the background you can see the skateboard half pipe she uses daily to practice her walker jumps for the upcoming Elder Olympics. Rage on Mom!! 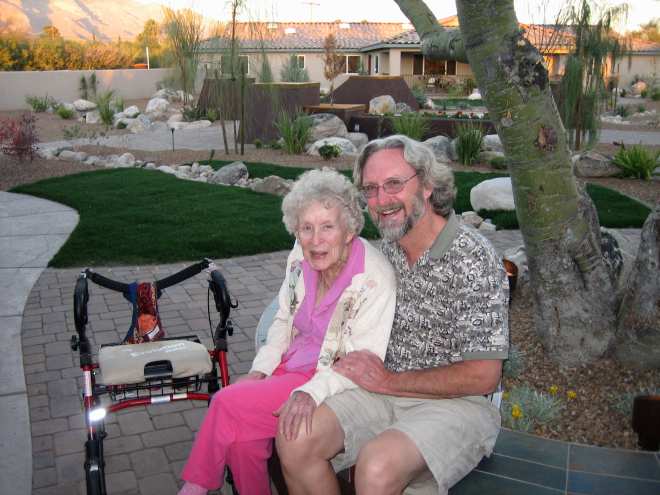 Stay tuned for more “Fun in the Tucson Sun”!