Arrived last night and set up camp at the Crowe Estate. 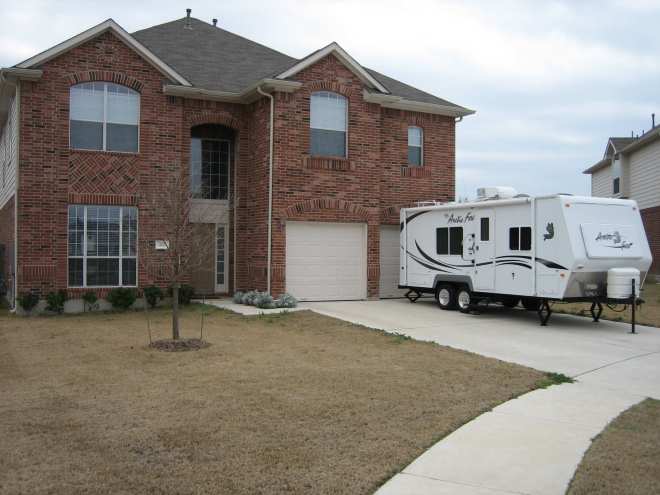 Kit’s sister had flown in a few weeks ago from their San Diego home to spend a month at their Texas compound. Her husband Donald flew in this afternoon and we all had a great time visiting and catching up. They have a beautiful home in a very nice development called Hometown Kyle. Although it should be named Hometown Crowe as most of the Crowe family own homes there. Since the rest of Don and Char’s family was flying in this afternoon, including the new addition to the Crowe Clan, their granddaughter Calista, we decided to give them some space and left to explore Austin.

As it turned out there was another special person in our lives that was visiting the Austin area. Pat of the Frank and Pat’s of Macmillan Drive back home in Brunswick was visiting her son Joey. Now Joey is an accomplished musician and singer and just happened to have a couple of gigs in Austin which he invited us to attend. Listening to great music with great friends in Austin Texas…..Can’t get much better than that!

We met Pat and Joey at this very upscale Italian restaurant called “Andiamo Italiano Ristorante”. Note the reflection in the window from the Lamborghini that was trying to pull into the parking space. 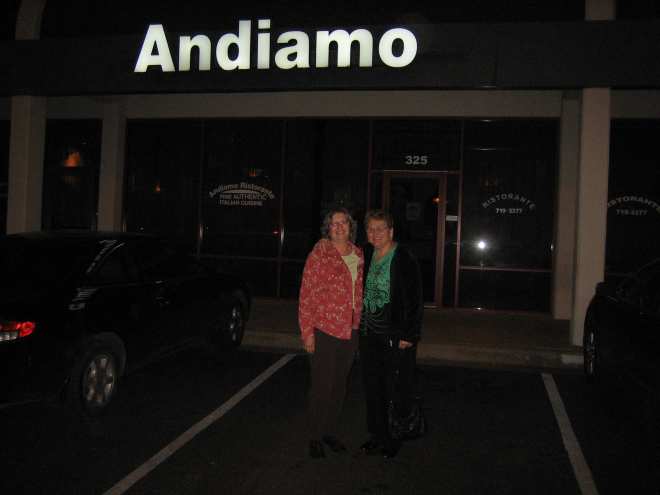 Well…..little did we expect that on a Saturday Valentine’s night we might not be able to get a table at the fanciest restaurant this side of Naples (Italy…..not Florida….or Maine). The hostess was very gracious and did allow us to stand in the foyer so we could hear some of Joey’s performance. When my stomach growling started to be noticeable we decided to find an available place to eat. Down the street, on the other side of the tracks, was an authentic Texas Barbeque joint called Pok-e-Joe’s. Note the reflection in the window from the gunfight occurring out in the parking lot. 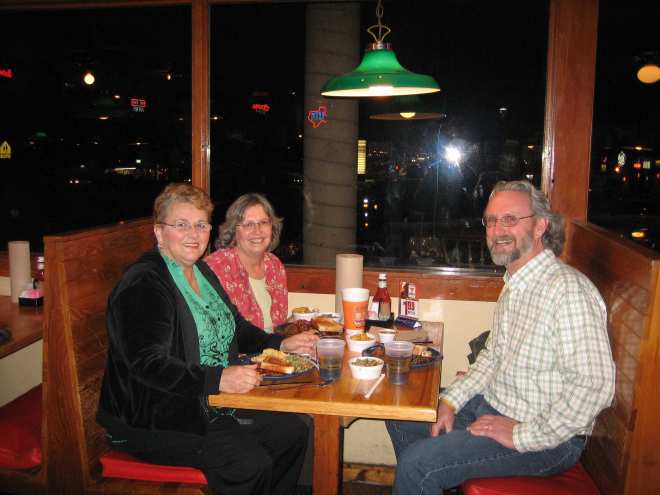 The food was inexpensive, plentiful and very good…..in addition it was far more our style. I’m willing to bet we had more fun than those folks at the fancy schmancy Italian place did. What do you think? 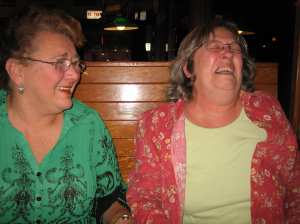 After being thrown out of the hole in the wall barbeque place for creating an…..“issue”…..we decided to return to the Andiamo. Once again we were allowed to sit in the foyer, behind the fake potted plants and listen to Joey perform. The hostess took pity on us and brought us a complimentary dessert which we enjoyed. The desert looked to cost more than our whole meal at Pok-e-joe’s.

Joey’s next gig was at an honest to goodness, down home, Austin Honky Tonk called “Boomerz”. 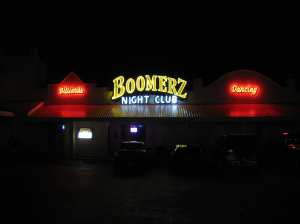 Now, at the previous fancy place the managers and all the guests loved Joey’s playing of soft ballads and dinner music. How the heck is he going to switch gears and satisfy this beer guzzling crowd? 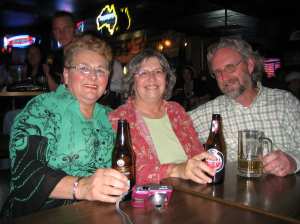 Little fear, somehow he channeled both Lynyrd Skynyrd and Garth Brooks…..and the crowd went wild! Joey has quite a following; mostly attractive women and even a lady from London were members of his posse. The table in the right hand picture was right on the dance floor, facing the stage and all Joey’s followers were lined up with there frosty long necks enjoying the show. At one point, Joey received a show of his own when one (not to be named) groupie did the New Orleans Mardi Gras thing and Joey almost stumbled on the song he was singing. I guess she thought there would be some Mardi Gras beads coming her way but nothing flew through the air but obscenities. 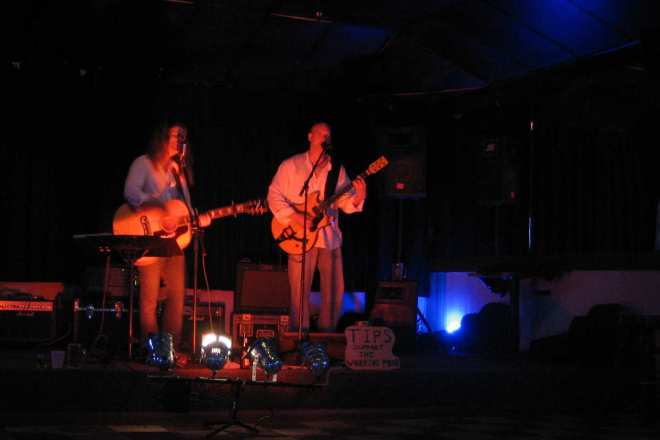 After a long set Joey wanted the bartender to give him a shiner. I was ducking under the table but someone informed me that a Shiner is a local beer, brewed in Shiner Texas, which has a big following in Austin. Ordered one up myself and it was great!

Later in the evening Pat’s grandson Eric, who recently relocated to Austin from Maine, stopped by on his way home from work and joined the crowd. 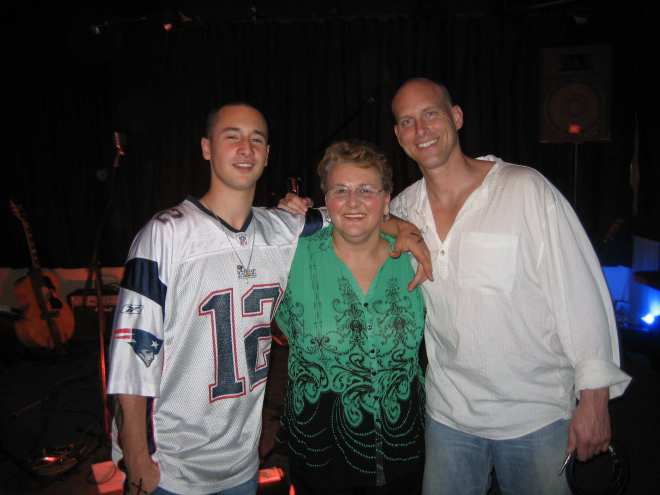 There was dancing, merriment, hootin and a hollerin till we closed the place down. Yep at 2:00 am on Sunday morning they dumped us on the street to wander off into the still, cool Austin City night.

A great time was had by all…..I think……I’m just a bit fuzzy headed right now. Yea, I know…..how would one notice the difference?

We took a bit of “ribbing” from Donald & Charlotte the next morning…. Somehow, they seem to think old geezers and biddies should be home at an “appropriate time”, which would be earlier than 3 am.

Tomorrow (uh…..today, later on Sunday afternoon) is the Crowe Family Reunion (with two interlopers)…..ought to be another rousing good time.