Left the trailer at the site and drove Skyline Drive to the summit of Davis Mountain. Wanted to share the views I had seen on my hike the day before with Kit. Since there was cell connectivity at the summit we took advantage and made contact with the family…..all are doing well.

Sat in the CCC built stone structure and spent some time enjoying the views and watching the high desserts of southwest Texas welcome the day. Bill took a short hike along the ridge to a neighboring summit. 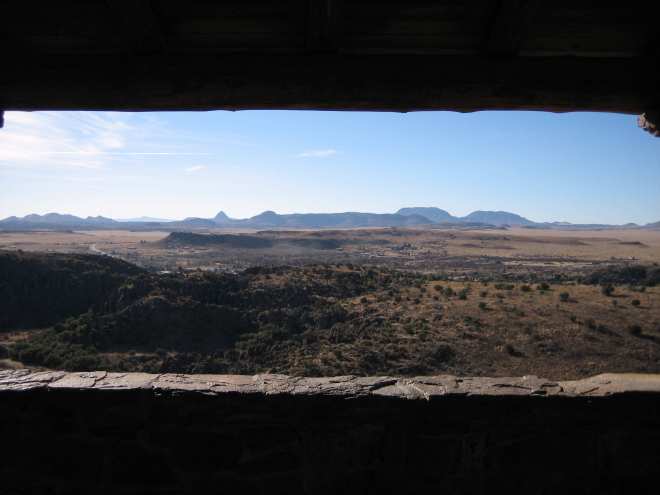 Coming off the mountain we side tripped to Indian Lodge, another CCC built facility in Davis Mountain State Park that features accommodations and a restaurant. The inn has 18 inch walls and was built with local materials (as most CCC building were) which makes it look like a pueblo village home. The structure remains much as it was originally built and the interior features original furnishings, hand carved panels and cane ceilings. We enjoyed a late breakfast in the Black Bear Restaurant which is a part of the lodge. 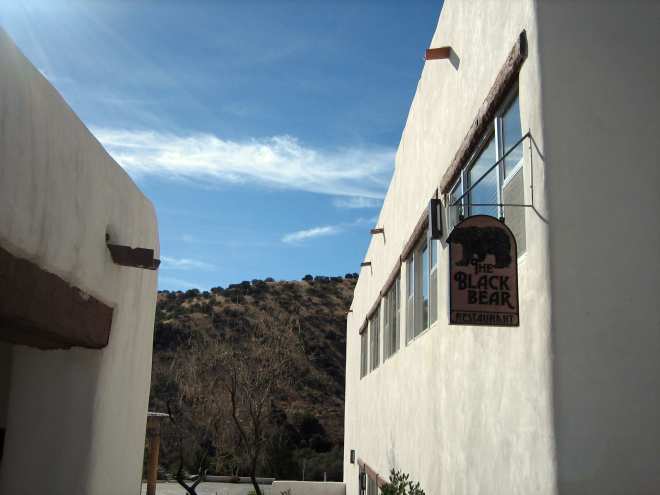 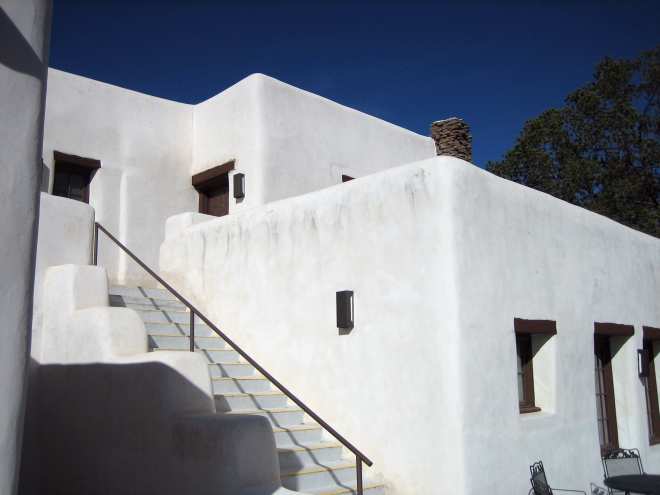 Returning to the campsite we hooked up and headed out around noon. Taking US 17 north in order to make a drive by at another Texas State Park which contains the world’s largest spring fed swimming pool called Balmorhea. Yet another CCC built facility this one feature’s a 2 acre pool with a depth of up to 25 feet. The 3.5 million gallons of water contained in the pool are exchanged by the free flowing underground springs about 5 times a day and remains a constant 74 degrees. 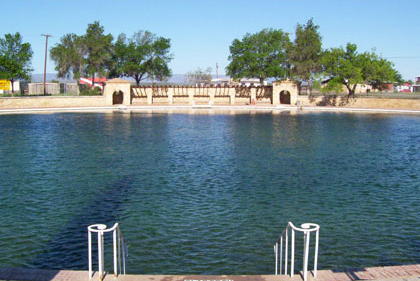 It appears that Texas took great advantage of the services offered by the CCC. However being in the south during the 30’s and considering that the CCC was integrated there were a few towns that requested CCC help if the group was all white, which the government turned down….their loss. Another interesting story came from the ranger talk about CCC history in Texas.  It seems there was a little Indian girl whose mother worked as a housekeeper at the lodge in the 50’s but wasn’t allowed to swim in the pool due to being non white. That little girl is now the managing ranger at Davis Mountains State Park. Times do change . . . sometimes for the good.

Continued heading west as we passed into Mountain Standard Time. Stayed the night at Ft. Bliss Army Campground in the overflow (dry) camping area for $5.00 per night. It was desolate and very windy, not very blissful at all. The main campground was full of Winter Texans and was very nice indeed. Tomorrow we finally leave Texas behind with fond memories.