“Too often I would hear men boast of the miles covered that day, rarely of what they had seen.”

Monday, May 9, 2011:  Pulled out of Lebanon Hills County Park in Apple Valley, Minnesota at noon.  It was cool, cloudy, windy and rainy.  And what do we do?  Why, head further north of course.  Trundled down Johnny Cake Road to highway MN-17 around the cities and on up toward Blaine, Minnesota. We often stay in folks dooryards and are grateful for their hospitality.  However generally we park in their driveway, side yard or along an access road.  Well for the first time in three years, we actually camped in a “dooryard’!

Yep…..parked right on their manicured lawn and ran an electrical cord to the garage.  With the main window and the door facing their house it felt like a family compound. The owners of this nice home in a nice neighborhood who allowed us to homestead on their front lawn are Billy, Kit’s cousin, and his wife Char.

Being experienced RV’rs themselves they knew the value of a quiet, level and secure place to camp.  Their home backs up on a farmer’s field and there are no shortages of wild critters that come to visit including this red fox they have named Beggar.

His frequent appearance might have something to do with the food Billy leaves out by the fence daily.  In addition many birds were about including Red Tail Hawk’s that kept a vigil from above.

We had intended to only stay the night but they persuaded us to make it two and we are glad that they did.  It was great visiting with them and catching up on each other’s lives.  As a thank you, we treated them to a meal at their favorite local restaurant.

The service was outstanding and the excellent food, served family style, just kept coming.  It’s one of those secret places one usually doesn’t get to experience unless one has an in.  Waddling out of the place we looked for a place to walk off some of the thousands of calories we had consumed.  Since the temperature had already hit 84 degrees, Billy suggested Como Park in Saint Paul and off we went.

This historic and well maintained city park is very nice and features walking paths that meander throughout the park.  In addition there is a zoo, fishing pond, golf course and an incredible arboretum.  Taking refuge in the arboretum was nice on this warm day but would be a welcome refuge in the colder months as well. 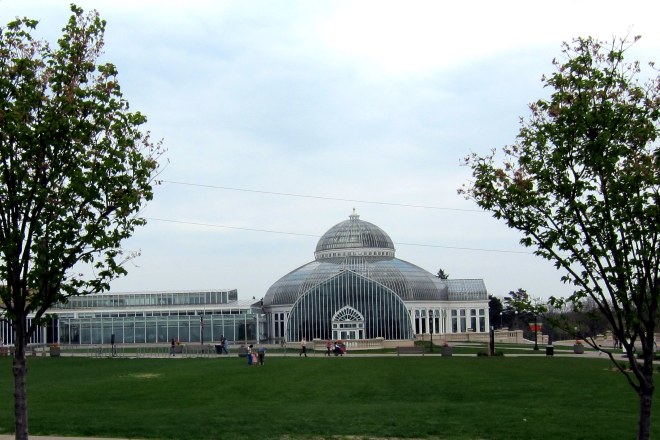 The trees, plant and flowers were in full display.  Here is a small sampling of the incredible gardens contained in the massive glass structure. 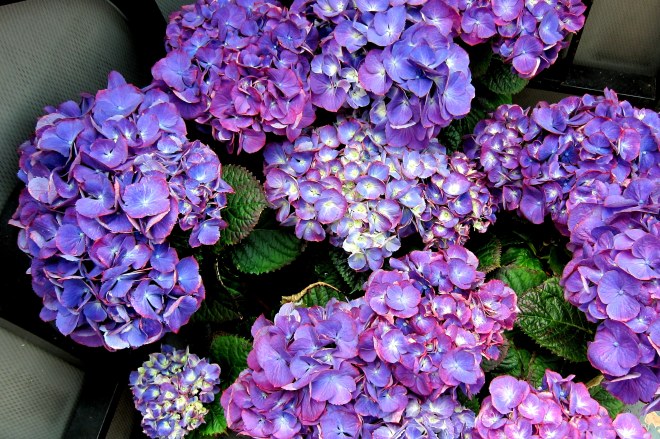 We spent a few hours walking amongst the trees, palms, bamboo and of course the hundreds of flower displays. 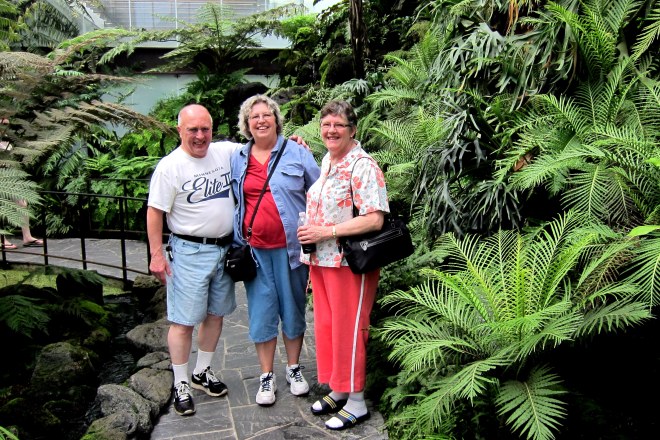 There was also a large fish pond that featured underwater viewing.

Back outside we noticed a large round building with the sound of a calliope emanating from it.  On closer examination we discovered a fully restored 1914 Merry-go-round.

Our inner child surfaced (well, mine is always on the surface anyway) and off we went to purchase tickets.  We had a blast riding up and down on those historic hand carved wooden horses.

Back home Char made an excellent meal and invited Billy’s daughter Jill over to join us.  We hadn’t seen Jill in many years……she’s all grown up, works as a project manager for a marketing firm and drives a nifty sports car.

Sitting around after dinner we noticed that the sky had turned ominously dark with threatening clouds, high wind and rumbles of thunder.  Soon after the municipal warning sirens went off indicating that severe weather was eminent.  Looking off to the west we spotted this rather troubling sight.

Turning on the news there was a report of severe weather heading in the direction of the twin cities.  In fact the Minnesota Twins baseball game was halted and the 29,000 fans were told to seek shelter.  Even though there were tornado cells detected on radar we experienced nothing other than thunder, lightning and heavy rain.  Although Kit occupied her time running from window to window looking for Dorothy and Toto.  The storm moved out as rapidly as it had arrived and the sky cleared once again.

Kit’s Thirteen Cents Worth:  We had a great time in Blaine with my cousin Billy and his wife Char.  It’s always nice to visit with them and share what’s going on with our families.  Also nice to remember old times when Billy and I were kids and hung out during the spring and summer my family spent in Hudson, WI which was 1958.  Great seeing Jill, we hadn’t seen her in about 10 years.  She’s quite a gal!